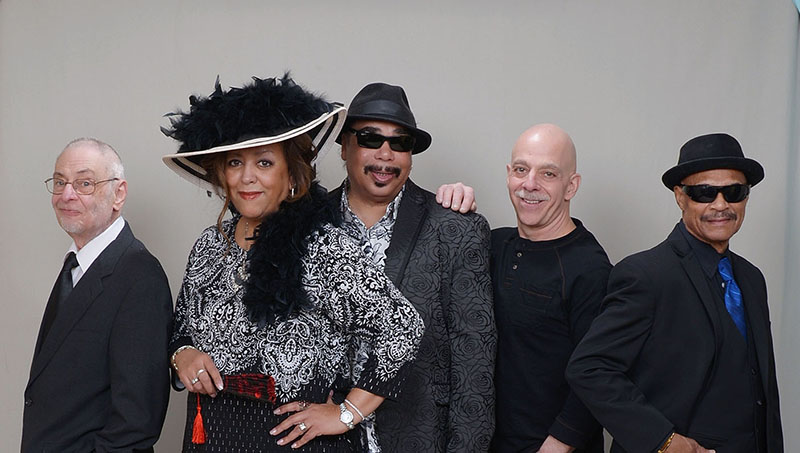 BC Blue is from the Lehigh Valley, PA and formed in 2022 to play nothing but the Blues.  Members of this band are among the Lehigh Valley’s highly respected musicians and are recipients of many Lehigh Valley Music Awards, honors by the Blues Guild of the Lehigh Valley as individuals, a band, veterans, life-time achievers, for their recordings, publications and community involvement.

New Orleans born and from a military family, Bev Conklin (“BC”) is a Penn State grad.  BC is the executive producer and contributing writer of 7 albums; a singer-songwriter for over 30 years beginning with BC & The Blues Crew. She now performs with a Lehigh Valley favorite Americana group The BC Combo and recently formed BC Blue to focus on the Blues.

From Brooklyn NY, “Chicago” Carl Snyder worked with over 60 of the Windy City’s Blues royalty on keys, bass and guitar, most extensively with Junior Wells, Otis Rush, Son Seals, Larry Burton and Jimmy Johnson. His record label Lost World Music and recent book TEN THOUSAND AND ONE NIGHTS are well worth checking out.

Chicago born and Detroit raised, Joe Mac has a resume of experience with the Southside Chicago Blues masters backing artists like Buddy Guy, John Primer and toured with Nature’s Divine with their one hit I Just Can’t Control Myself.

From Philadelphia, Bobby Soul brings his wealth of experience on bass, vocals and guitar having a career with Soul, Funk and Blues.

From Alpha New Jersey, Glenn Spadone has been on the live music scene on drums for over 30 years, while he served as a career fire fighter.

BC Blue is 100% Blues and nothing but the Blues.